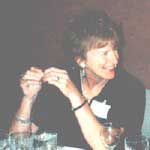 Dr. Helga Kolb was born and educated in England receiving B.Sc., M.Sc. and Ph.D. degrees from the University of Bristol. Her first position in eye research was at the Institute of Ophthalmology, Judd Street, London. In 1966, Dr. Kolb emigrated to the USA. She took up positions in eye research in the Wilmer Institute, Johns Hopkins University, The National Eye Institute, Bethesda and the National Institute of Neurological Diseases and Stroke, Bethesda. Eventually Helga settled with her husband Richard Normann in the beautiful mountain west at the University of Utah, Salt Lake City, Utah. She is presently Professor Emeritus of Ophthalmology and Visual Science at the John Moran Eye Center, University of Utah. Her research interests include light and electron microscopy and immunostaining of the retina with emphasis on retinal neurocircuitry. Many of her important contributions to retinal research have been with her long time collaborators, Dr. Ralph Nelson and Dr. Nicolas Cuenca. In 1993 she was honored with the Proctor Medal award by the Association for Research in Vision and Ophthalmology (ARVO), in 2000 with the Von Sallmann award and in 2002 with the “Margaret Pittman Lectureship award” from the National Institutes of Health. In recognition of their contributions to vision research over the years, in 2011, she and her husband, Dr. Richard Normann, were awarded the Doctor Honoris Causa degrees from Miguel Hernandez Universidad de Elche, Spain. 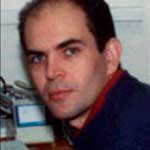 Dr. Eduardo Fernandez was born in Elda (Spain) in 1962. Received the M.D. degree from the University of Alicante (Spain) in 1986 and the Ph. D. degree in Neurosciences with honors from the University of Alicante in 1990. His collaboration with Dr. Helga Kolb, began with a stay from 1990 to 1991 under a postdoctoral fellowship of the Spanish Government (FPI program). During that time he worked on the synaptic organization of the turtle retina and on the neural transmitter modulation of 2nd messenger systems in retinal cells. He is currently Associate Professor at the University Miguel Hernandez (Spain) and Director of the Foundations of Vision and Artificial Vision Division of the Institute of Bioengineering of the University Miguel Hernandez (Alicante, Spain). In the last years he has been using histological as well as electrophysiological techniques to understand how mammalian retinal cells and the circuitry within the retina can manage and code visual information. He is now actively working on the development of a visual neuroprosthesis for the profoundly blind.

Dr. Ralph Nelson was born in Hartford Connecticut. He received his B.A. in Biophysics from Amherst College in 1967 and his Ph.D. in Biophysics from Johns Hopkins University in 1972. He currently heads the Neural Circuitry Unit at The National Institutes of Neurological Disorders and Stroke, National Institutes of Health, Bethesda Maryland. While at Johns Hopkins, he studied conductance mechanisms responsible for light responses of retinal bipolar cells and in his postdoctoral studies at the National Institutes of Health he pioneered the use of intracellular recording and dye-marking of retinal neurons in the mammalian retina. Together with Helga Kolb he has made major contributions towards the understanding of ON and OFF pathways and the neural processing of rod and cone signals in the mammalian retina. Dr. Nelson’s laboratory is currently investigating the relationship of receptors on retinal neurons to processing of visual information in retinal neural circuits, and has switched to the zebrafish as a model system for such studies. 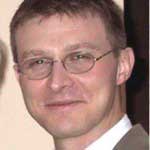 Dr. Bryan William Jones was born in Flagstaff Arizona and spent his formative years in Texas. He received his B. Sc. in biology with an emphasis in neuroscience in 1996 while working clinically at the University Sleep Wake Center with sleep disorders and epilepsy. He completed his Ph.D. in 2004 in the Department of Physiology through the Marc laboratory with work defining retinal remodeling and degeneration.  After a post-doc, Bryan returned to the John Moran Eye Center as faculty where his work continues with retinal circuitry, disease and vision rescue strategies.  Other work involves the development and application of new methods for exploring metabolic phenotypes in tissues with single cell resolution. These methods allow quantitative mapping of metabolic signatures of tissues in normal and disease states, and can be applied to screening of genetic models, the analysis of neural circuits and the receptors mediating those circuits.